Daimler, the harbour terminal in Zeebrugge, or Saxo Bank are only three recent examples of controversially discussed company takeovers in Europe. The “elephant in the room” is China and its “Belt and Road Initiative”. The political will in Europe is growing to more actively control investments flowing into the EU. The current regulatory initiatives raise several fundamental, constitutional and regulatory issues. Surprisingly, they have not been addressed in any depth so far.

The research conference shall take stock of the current rather fragmented regulatory approaches and produce the very first, interdisciplinary grounded, comprehensive appraisal of a future “Common European Law on Investment Screening”. Due to the conference’s comprehensive approach, it is expected to influence the broader debate on the EU’s upcoming regulation of this matter.

The research conference is addressed to participants from academia as well as to representatives from government, business, and civil society.

Volvo Personvagnar AB, Kuka, Aixtron, OSRAM Licht, or Daimler, Saxo Bank, the harbour terminal in Zeebrugge, Spain’s Noatum Port, Italy’s Vado Ligure Port, or the Port of Piraeus – the list of discussed controversial company takeovers and acquisitions of major stakes in Europe is getting longer and longer lately. The “elephant” or rather the “dragon in the room” is China with its somewhat nebulous “Belt and Road Initiative” and its industrial plan: “Made in China 2025”. The political will in the European Union (EU) and its Member States is growing to more actively screen, control, or even prevent investments flowing into Europe, especially from the Middle Kingdom, but also from certain other countries, such as Russia.
Third country investments stirring controversies archetypically share three common characteristics:

Only 13 out of 28 Member States have an investment screening mechanism in place; some of them have tightened their grip on foreign investment lately. The instruments vary greatly in scope and function. The EU as a whole – in contrast to all G7 countries and China – is still without any common mechanism to review foreign investment. Responding to a political proposal by France, Germany, and Italy, and after the European Parliament requested a legislative initiative, the European Commission tabled a Proposal for a Regulation establishing a framework for screening of foreign direct investments into the European Union in September 2017. In March 2018, the European Parliament produced its first Draft Report including amendments to the Commission’s legal text. An EU institutional trialogue is to be expected in late 2018.

The regulatory proposals have received rather mixed responses: From cautious embraces or indifference by some Member States to outright rejection by others, like Sweden, the Netherlands, and Denmark. The apprehension of alienating foreign investment with an all too strict review mechanism is palpable. Among other stakeholders, such as businesses and trade unions, reception of the EU’s proposal also varies. Some fear a gradual renunciation of a liberal, open-door economic policy and turn to protectionism. Others, in contrast, draw the picture of a slowly exsanguinating European economy, know-how and innovative power silently flowing to other parts of the world. The investments, particularly from China, would not be market driven, but strategically managed by the administration to aid technology theft. Indeed, the list of concerns is long. Foreign investment (not only) from China is viewed sceptically, as it would potentially allow foreign governments to wield political influence in Europe. Moreover, a sense of inherent unfairness is in the air since the Chinese investment climate for European investors is sometimes described as not overly welcoming. In a nutshell, the critics find fault with a lack of investment reciprocity: The EU market is—by virtue of the freedom of capital movement enshrined in the Treaties of the EU—open, while access to the Chinese market is limited in several ways.

Indeed, the current debate has many facets. In addition to the geopolitical, economic, and even ideological questions, the current European regulatory initiative raises several fundamental legal issues. Surprisingly, they have not been addressed in any depth so far. They can be broadly grouped into an issues-complex relating to “Striking a Delicate Balance between Competing Interests in Light of the EU constitutional framework” and a “Best Regulatory Practice” issues-complex.

The issues-complex relating to the “Balancing contradictory interests in light of the EU constitutional framework” addresses the question of why and which criteria to screen for in foreign investment. It goes on looking at the scope and nature of an EU competence for investment. Moreover, it addresses the value judgements contained in the EU fundamental freedoms and other primary law rules predetermining any political balancing process.

Building on the assessment of the EU constitutional law framework, within the complex on Best Regulatory Practice, the conference aims at providing an interdisciplinary, scientifically fortified foundation for a European administrative law framework for investment screening by setting out viable solutions and evaluating their pros and cons.

The conference will produce the very first, interdisciplinarily grounded, comprehensive appraisal of a future “Common European Law on Investment Screening”.

The conference itself will allow for an open forum of international exchange, enhance mobility, and provide opportunities for connecting researchers as well as stakeholders otherwise not being able to meet and discuss in person. Even more importantly, we see the conference as the best way to initiate focused research in the field to be created.

The conference’s outcome shall serve as a kick-off for the creation of a new research field on “Common European Law on Investment Screening” with the perspective of overcoming the disciplinary as well as geographical fragmentation currently present. The conference provides the ideal venue for bringing together academics, which share a common interest in the issue of investment screening. Indeed, an international research group may emerge from the participants.

6. Dissemination of the outcome

Academic results of the conference will be published in an edited, English language volume with Springer Heidelberg. In order to avoid any delay in publication, we arranged for immediate availability of a contribution by way of advance release.

Dissemination among stakeholders – i. e. European institutions, Member States, and third country governments, businesses, and civil society, shall be facilitated in a series of blog posts prior, during, and after the conference. Each speaker is asked to contribute with a blog post, which shall be published prior the conference with a leading academic blog(s) and on the conference homepage.

Get-Together of organisers, speakers, commentators, and chairs, and registered participants

From Gothia Towers Hotel take Tram line 5 towards “Länsmansgorden” from “Korsvägen” (in front of the Hotel) until “Lilla Bommen” (7 mins). As you get off, the Gothenburg Offices of Mannheimer Swartling are just in front of you. 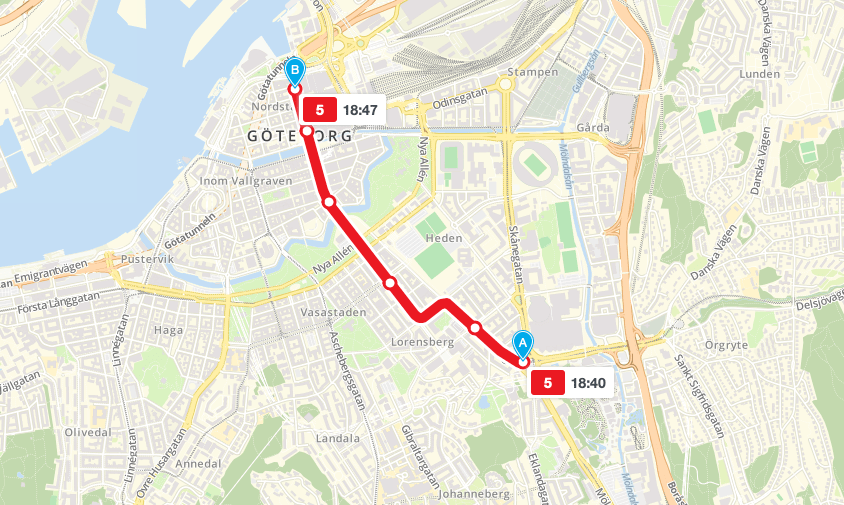 10:00 - 10:30 | Keynote - Economic Foundations of Capital Controls and Unilateral Liberalisation of Capital Movements by the EU Treaties

Telecommunications and IT Infrastructure Sector (15’)

Country Report for Northern America (esp. US and Canada) (20’)

Country Report for Asia (esp. China and Japan) and Australia (20’)

Arrival of participants; coffee is served.

In search for an EU Competence to Establish an Investment Screening Mechanism and Restricting Effects Flowing from Fundamental Freedoms, Fundamental Rights, and other EU Primary Law

Chair: Per Cramér, University of Gothenburg, Dean and Professor, Gothenburg

What is a Third Country Investment? (15’)

An EU Investment Screening Mechanism and Access to Legal Redress (15’)

How can EU business concerns be addressed in an EU screening mechanism? (15’)

We teamed up with the leading European journalistic law blog to run an online debate prior the event in March in Gothenburg.

Verfassungsblog.de is a journalistic and academic forum of debate on topical events and developments in law and politics in Germany, Europe and beyond. It sees itself as an interface between the academic expert discourse on the one hand and the political public sphere on the other 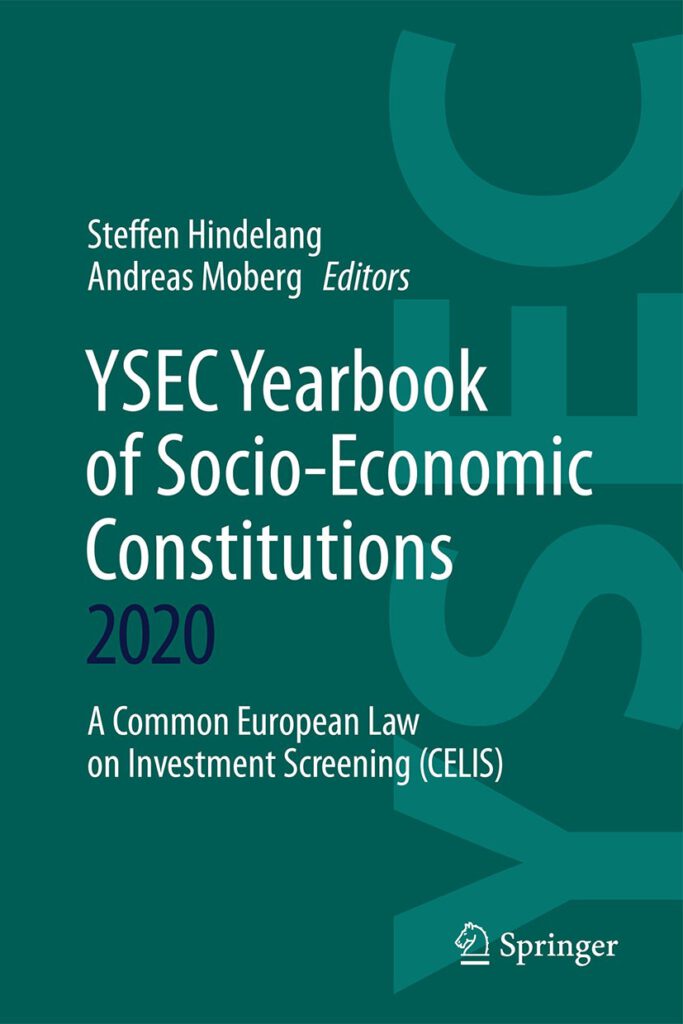 The academic results of our conference will be published in an edited, English language volume with Springer, electronically as well as in a hardcover format.

Any individual contribution received and edited before the official release of the conference proceedings will be made available to readers worldwide by advanced release on SpringerLink. 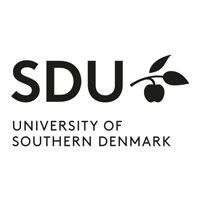 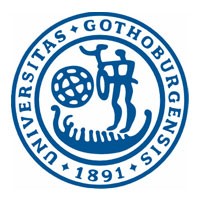